Skip to main content
This is unreleased documentation for JATOS next version.
For up-to-date documentation, see the latest version (3.7.x).
Version: next

First and common to all group setups is to check the Group study checkbox in the study properties. 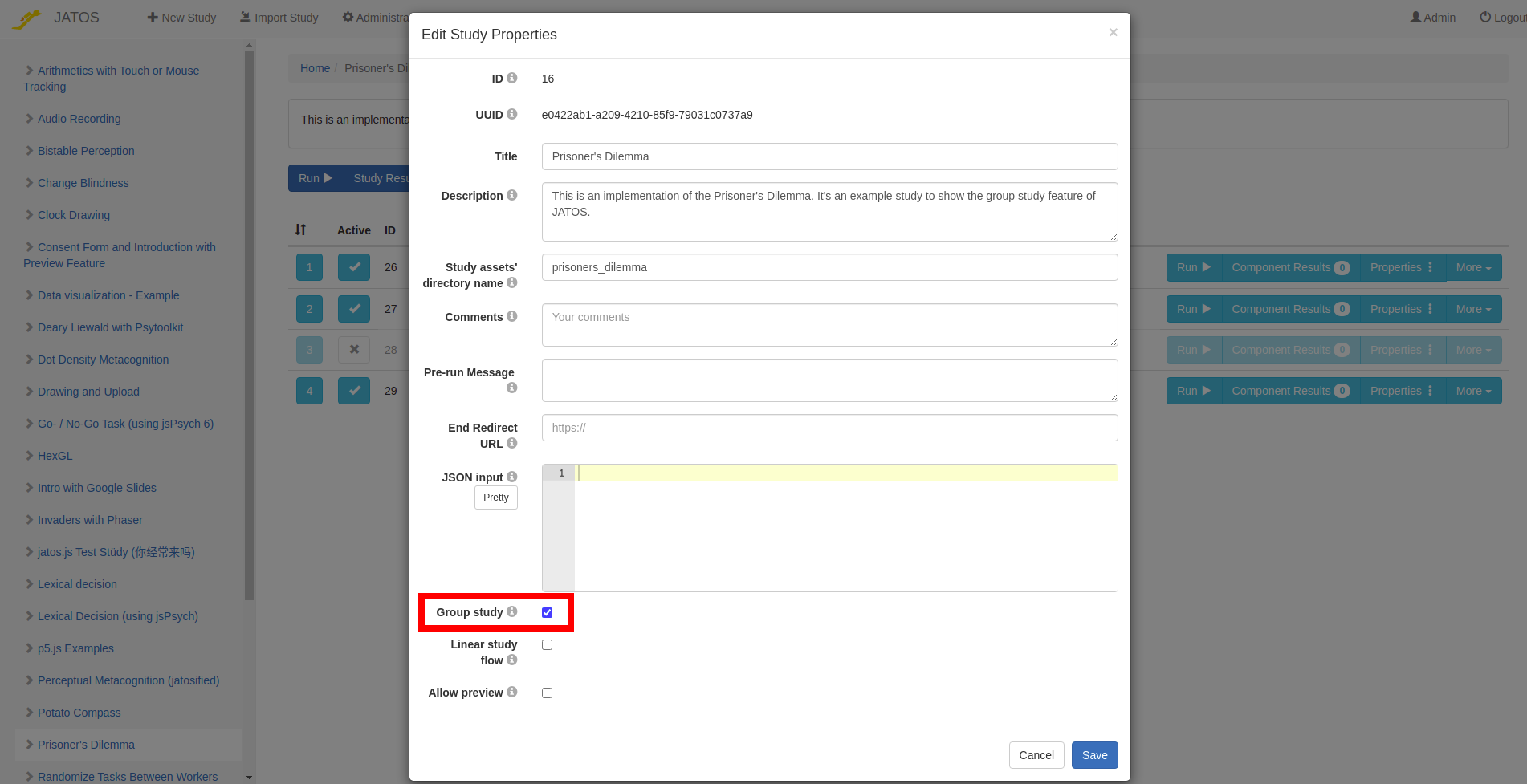 If the Group property is checked, JATOS will assign workers into groups. We'll describe some group properties that you can use to tweak according to whether you want to keep control over worker assignment, or you give JATOS full control.

Group settings in each batch's properties​

You can have multiple batches in JATOS, each one with different group settings. There are three important bits of information for a group study:

By default, all properties have no upper limit.

You can either tell JATOS to assign workers to different groups, or you can keep full control and do it yourself (or something in between). We'll use some example scenarios to explain how this assignment works.

If in a batch you set the Max total worker to 2 and leave the other two Max parameters empty, JATOS has no other choice than to allow only 2 workers and sort them into the same group. If you then create two Personal Single study links (but other study link types are fine too) and send the links to your two participants, you can be sure that they will interact with each other. If you need more groups, just create a second batch with two other workers.

The first two scenarios may apply to the Prisoner's Dilemma Example Study.

Say you want to have 3 groups with 2 workers each. You want to leave it to JATOS which workers are paired together. Then, set Max total workers to 6 and both Max active members and Max total members to 2 (remember that these numbers apply to each group separately). Then create 6 Personal Single study links (but other study link types are fine too) and send them to your 6 participants.

This scenario is basically the opposite of the first one. By limiting neither the Max total worker nor the Max total members, nor the Max active members JATOS will sort all workers into one single group that is potentially of unlimited size. Now --to keep it completely open-- just create one study link type General Single (but other study link types are fine too) and publish it (e.g. via a mailing list or on a website). 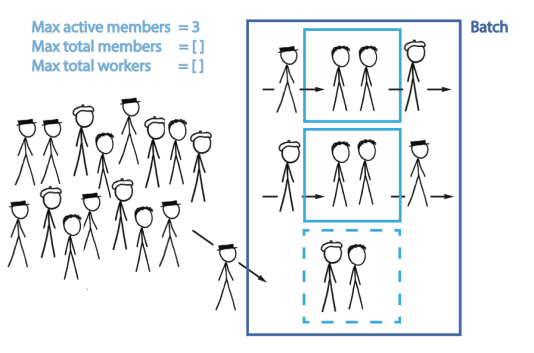 The third and fourth scenario may apply to the Snake Example Study.

Say you want to have groups with up to 3 members, interacting at the same time. But you don't want to actually limit the total number of members per group: you want to allow new workers to join a group if one of its members left. This way each group can have a flow of workers joining and leaving - the only constraint is the maximum members per group at any given time. You also want to let JATOS set the number of groups depending on the available workers. To set up this just use one batch, set the Max active members to 3, and leave Max total worker and Max total members unlimited.